We are open every day except Thursday.

Our restaurant, steeped in the flavours of local tradition

You will treasure the warm, family atmosphere in the Trattoria Lis Campanelis, since it is managed directly by the entire Bertoni family. Owner Livio and his wife Luciana, ably assisted by their children Stefano and Sabrina, bustle between the grill and the dining room, which can seat from 180 to 200 diners.

The trattoria specialises in grilled meats, and tributes from guests confirm its excellence. The most requested item is our tagliata di manzo (prime beef cut), followed by bistecca alla fiorentina and rib roasts. The menu boasts many Friulan specialties, such as the traditional frico, cotechino con la brovada, and wild game. Nor are delicious first courses lacking: gnocchi, tagliatelle, and minestroni, all rigorously prepared with fresh, seasonal ingredients.

Livio Bertoni reminds his guests that he learned his restaurant craft when he was just 15 years old, helping his uncle and his mother. After long years of experience, he began managing another restaurant in Nimis until1992, the year that he and his family launched Lis Campanelis.

Lis Campanelis stands now among the finest establishments in the region and won 12th place among the Local Favourites in the Friuli a Tavola competition.
The restaurant has four guest rooms as well, with 2 and 3 beds, all with private baths. 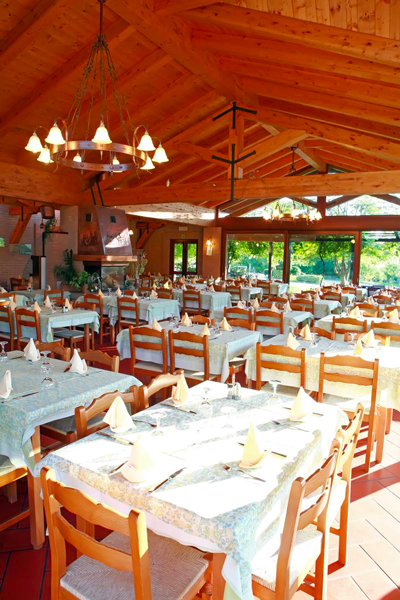 Cookies help us offering you quality services during your navigation. This site uses also third-party cookies. For more information or to refuse them, visit our Cookie Policy. Continued use of this site indicates that you accept this policy.OkMore information
Scroll to top